I know this might seem like I'm a total disaster, but I swear there are days when Geo and I just sit at home, or play at the play ground, or eat fruit until we burst at both ends. But I don't know if that makes compelling reading. So here's what happened today.

I left Geo at home reading. I swear he just does this normal stuff until I have to go out for a little while and then he starts acting like an escaped gorilla. So I left him reading, and I come home to a study full of water, and two pissed off farmers, and no Geo. I have no idea what happened in the room but I was able to reconstruct things a little based on what the farmers told me, and the fact that there was a cow pulling a water pump standing in the side yard.

It seems that Geo made a mess in the study trying to draw something. I found a bunch of wadded up paper under the six inches of standing water. (The farmers were nice enough to let me use the pump, since they were there anyway.) With the paper wad was a pen, and ink well, a funnel, a blotter, and the remains of a cardboard soap box. I'm guessing he tried to fill pen, made a mess, and then made a Katrina trying to clean it all up. There was also a shovel for God knows what reason. The garden hose was also sticking through the open window. That was really scary. I mean we don't live in a high crime area per se, but did you see In Cold Blood? freaky shit can happen out in the countryside.

Now, I don't know if Geo has some kind of spectrum disorder or what, but he seems to be in the habit of doing the most clever-stupid shit I've ever seen in someone his age. His solution to all this was to "borrow" this pump from the farm nearby. (I know right? Here we go again with me having to pay people off.) So while he's there he molests a goat somehow and frees an entire pen of pigs. I have no idea what either of these had to do with the pump. Then he ties the fucking thing to a cow and RIDES THE COW HOME! I cannot make this stuff up.

When the farmers saw all the pigs on the loose they started chasing Geo and the cow, but when they finally caught up Geo wasn't there. I'm not sure where he is, but I have to run a errand. I'm sure he's around somewhere. I'll be sure to update you when I find him. 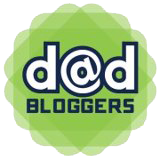